Welcome to StuntList, a directory of world-class stunt performers living, working or looking for work in Canada. StuntList is your best way to find work in Hollywood North: Toronto, Vancouver BC, Montreal, Calgary, Ottawa, Edmonton, Winnipeg and more.

This resource has proven to be an invaluable hiring tool for Stunt Coordinators when selecting doubles, ND performers, stunt actors and stunt crew. Register or log in to view industry-specific content such as

Join StuntList and find out why hundreds of Canadian movie performers make it their home.

David Mylrea was born in Saint John, NB. From a young age he loved movies and stunts, and although Hollywood seemed worlds away, it continued to impress itself upon David. In the early '80's, David moved to British Columbia, got married and, by virtue of his athletic ability and small stature, became a professional Thoroughbred Racehorse Jockey.

In 1985 David's first stunt opportunity presented itself as a made-for-television Disney movie. Suddenly, Hollywood wasn't so far away, and for the next eight years David immersed himself in stunt performing while continuing to race horses.

In 1989 David was voted onto the British Columbia Stunt Committee. One of his first goals as a Committee member was to put together a list of all union stunt performers in Western Canada, hoping to eventually create a Canada-wide stunt list. In 1992, after nearly a decade of horse racing, David hung up his saddle; he continues to perform stunts, co-ordinate stunts, and act. He maintains and updates StuntList, which now includes a website. Stuntlist.com is intended to benefit the stunt community. 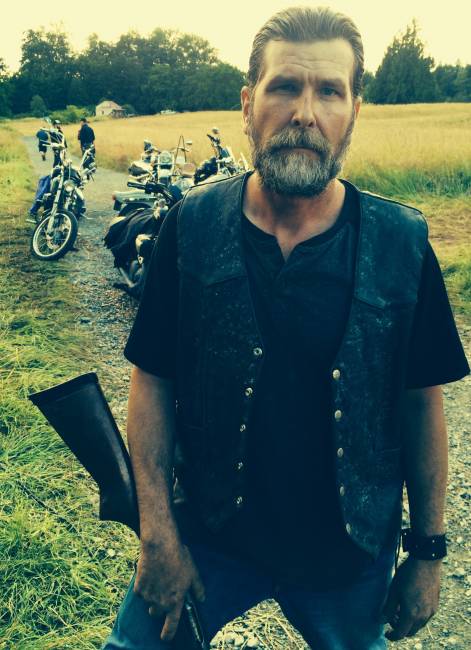