HAVE YOU SIGNED THE PETITION? - Petition closes January 23rd

When the Canada Emergency Response Benefit (CERB) was rolled out last spring, the government said eligibility would be based on an individual having employment and/or self-employment income of at least $5,000 in 2019 or in the 12 months prior to the date of their application. At the time the CERB was introduced, the government failed to clearly stipulate whether gross or net self-employment income would determine eligibility. When people initially contacted the Canada Revenue Agency (CRA) to get clarification, they were advised that eligibility would be based on $5,000 gross income. Sign the END_OF_DOCUMENT_TOKEN_TO_BE_REPLACED

Greetings Stunt Community As we wind down filming for the Christmas break, I wanted to let you know that there are two new blog posts now up on the Call Time Mental Health site geared towards the holidays. Managing Emotions and Expectations During These Unusual Pandemic Holidays www.calltimementalhealth.com/blog/2020/12/18/managing-emotions-amp-expectations-during-these-unusual-pandemic-holidays Can We Talk About Suicide? www.calltimementalhealth.com/blog/2020/12/15/can-we-talk-about-suicide If you or your family need help this holiday season, please remembers to access your EAP or MFAP plans END_OF_DOCUMENT_TOKEN_TO_BE_REPLACED

Great piece by Eric Volmers! An interesting & insightful article on one of our stunt community members, Sally Bishop. We would like to encourage members to check out the link below! Nice work Sally! https://calgaryherald.com/entertainment/local-arts/seeing-double-calgarys-sally-bishop-has-been-stuntwoman-for-carrie-coon-robin-wright-julia-roberts?fbclid=IwAR1eoebxYp97KHWH55nD04y-nztYavOZ4gQCjfCD8xOsUujJAQc6V1rZu18 END_OF_DOCUMENT_TOKEN_TO_BE_REPLACED

Performer Search for The Scriptures

ATTN: Performer Search Searching for a Male or Female Stunt Performer with an approximate height of 5'0" & a weight of 105 lbs for the The Scriptures This performer needs to have Judo Training & Acro Skills . All ethnicities are welcome to submit. Series preps in December & shoots from January through to June in Vancouver . Dates may vary . Please contact Gaston Morrison at gaston.morrison@hboprod.com END_OF_DOCUMENT_TOKEN_TO_BE_REPLACED 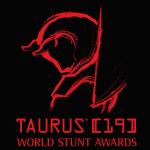 In the tradition of Hollywood’s finest awards presentations, the best stuntwomen and men in the entertainment industry were recognised for their extraordinary performances in feature films of 2020. Click here to view the Taurus Award nominees & winners END_OF_DOCUMENT_TOKEN_TO_BE_REPLACED

Please join us on Saturday, November 21, 2020 for the UBCP/ACTRA Awards streaming event as we showcase our talented members!

Please join us on Saturday, November 21, 2020 for the UBCP/ACTRA Awards streaming event as we showcase our talented members!

Mental Wellness Supports available from your benefits providers AFBS Members Mental wellness goes hand-in-hand with physical health. With the COVID-19 pandemic affecting the mental wellness of many Canadians, the demand for services of accredited therapists and professionals is at an all-time high, making it challenging to find practitioners when you need them most. That’s why AFBS created this new Fraternal Benefit. The Expanded Access – Mental Wellness Support Benefit helps AFBS Members or their insured dependants access other counselling professionals not covered by the AFBS Members’ END_OF_DOCUMENT_TOKEN_TO_BE_REPLACED 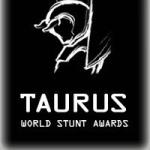 2020 Taurus World Stunt Awards Update Hi all, I hope this email finds you and your loved ones well. I know it’s been awhile since I’ve touched base about the Stunt Awards but I wanted to let you all know that we’ve been working on how we can announce winners. We were hoping to have an in-person event at some point this year but we know that isn’t possible now. Instead, we will be having the awards presentation streamed on our TWSA website. The current plan is to “air” the awards presentation on Saturday, November 21 st . The video will be on our website for 24 hours, after which time it will END_OF_DOCUMENT_TOKEN_TO_BE_REPLACED

Hey StuntList Community, Seeking a Star Trek Stunt Performer. The search criteria states an African-American female with a height range of 5'5 to 5'8 around 130 to 140lbs . This actress is a regular on the show. The performer must be an athletic individual with fight & wire work preferred. Union is also preferred but can permit the right performer. Please contact Christopher McGuire at justjumpstunts@hotmail.com END_OF_DOCUMENT_TOKEN_TO_BE_REPLACED